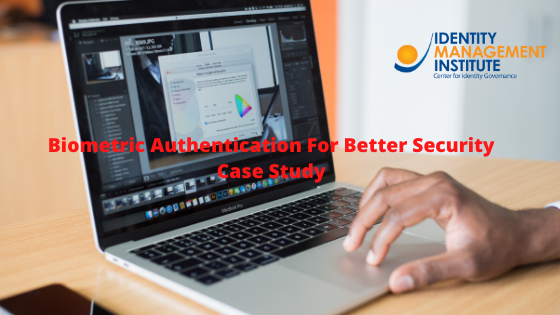 Hackers have become bolder and more sophisticated than ever before. Millions of business entities worldwide, both big and small alike, have fallen victim to malware and ransomware attacks with devastating results. This, coupled with the risk for escalating attacks in the foreseeable future, is prompting companies to switch to bio-metric authentication technology.

How Many Companies Have Transitioned?

Different companies have adopted varying methods of bio-metric authentication. Available methods range from basic fingerprint scans to sophisticated AI-powered behavioral analysis, and it seems that most companies have opted for the simpler methods, according to multiple reports.

It is worth noting that these bio-metric security measures are not sufficient to guarantee impenetrable security, considering the statistics. Cyber-security experts have warned that certain forms of bio-metric security are vulnerable to attacks – already, more than one million people have had their fingerprints and facial recognition data compromised.

Still, it is worth noting that the bio-metric authentication form of security is considered the safest and most secure. Following is an overview of why this is the case.

Making a Case for Bio-metric Authentication for Businesses

Bio-metric security is the most accurate form of digital security yet. It makes use of personal physiological traits that are hard to duplicate, unlike passwords and PIN numbers that anyone can access and use without detection.
For example, fingerprint scanning, which is considered one of the basic methods of bio-metric authentication, is highly accurate because no two fingerprints are alike. The stakes are raised when it comes to other forms of biometric authentication, such as iris scans and AI-powered behavioral recognition.

So, why do some reports suggest that many people have had their biometric data compromised? First, some biometric security systems are better than others. Second, laxity in other security components can give hackers the opportunity to steal sensitive cyber-security data.

In addition to better security, bio-metric authentication systems also make it easier to streamline operations in various sectors of the company. For example, employees with the relevant authorization can get easier and quicker access to different parts of the building without having to swipe access cards every time. Additionally, the extra component of activity tracking also makes it easier to collect performance data and calculate payroll.

As mentioned, one other key component of biometric authentication security is tracking activities. For example, the system can track when employees check in and check out, how much work they turn in, their turnaround times, and more. All of this data helps to gauge employees’ productivity and hold them accountable. It also comes in handy when formulating a strategy to ensure efficiency around the workplace and ultimately improve overall productivity.

Operating based on a biometric authentication system is easier and more convenient for everyone involved. Consider employees; for example, it is common for employees to lose or forget their access cards or passwords. In such cases, the employees have to go through extensive security checks to regain clearance, a process that takes up a lot of time and other resources. This is not the case with biometric authentication since the defining security clearance traits are physiological.

Biometric authentication systems are also convenient for employers and the people responsible for security. These systems, despite their complex nature, are easy and quick to implement. Some training is required, but most of the controls are intuitive and easy to understand.

Biometric authentication systems are scalable in more ways than one. For example, you can use different versions of the system for different purposes. This applies to companies with a large workforce with varying security clearances. In this case, you can use simple facial and fingerprint authentication systems for low-level clearance access and reserve the more complex methods for high-level clearance access.

More importantly, biometric authentication systems are designed to grow with the company’s growing needs. The system is powered by AI and digital technologies, so the potential for expanding is great. Your company will not need to install additional components in case it needs to clear more employees, at least not as much as compared to conventional security systems.

As mentioned, you don’t need to buy or install additional components when upgrading your biometric authentication security system. The system also requires less maintenance compared to alternative conventional security systems. As such, you will be looking to save substantial costs in the long run. The security assurances that come with this system will also prevent potentially significant losses in case of a successful breach of security.

Implementation – The Process and Common Challenges

Biometric authentication is a much simpler concept today than it was in the past. Installation and implementation of these systems, however, is a topic best left to trained technical experts. At a glance, however, it is a two-phase process.

First, the technicians will come in and install all the necessary hardware: this basically includes sensors, cameras, scanning devices, and screens, depending on the extent of your security system. The second phase involves the installation of the necessary software to power the system. This coincides with the collection of users’ biometric data, such as taking fingerprints, making iris scans, and modeling personal behavioral traits.

The process is not as smooth as it sounds, however, as some challenges may arise during installation and implementation. Common documented challenges include:

Biometric security systems have some serious implications for privacy and regulatory compliance in some states and countries. In the U.S., for example, several states, including Texas, Illinois, California, New York, and Washington, have certain privacy laws that will hamper the full implementation of biometric security systems in the retail sector.

Biometric authentication is highly accurate when properly implemented and used. However, it relies on stored data, just like every other security system. This data has to be stored somewhere, and it is vulnerable to hacking when in storage; as mentioned, hackers have already demonstrated that they can do it.

Biometric authentication security systems are characterized by efficiency, but they can also fail in case the central power source gives out for any reason. The implications for such a situation would be immense, and they would potentially disrupt all operations; this is why it is advisable to have a back-up or fail-safe security program in place.

What Do Users Have to Say?

The public has embraced biometric authentication security rather well. Several research reports, including by Ipswitch and Veridium, report that majority of people prefer biometric security to conventional forms of security. The poll by Veridium reports that about 40% of consumers are already using fingerprint reader technology, and another 52% are willing to transition to some form of biometric authentication.

Millions of smartphone users around the world have already adopted biometric authentication measures for their mobile devices; the two popular authentication methods are fingerprint scanning using an in-build scanner and facial recognition software using the phone’s camera and a secondary application. Homeowners are also installing these security systems because of the added security they promise; not to mention the convenience of not having to carry your keys everywhere.

Transitioning Out of Necessity

If the recent worldwide hacking attacks have taught us anything, it is that hackers will not relent. As a business, transitioning to biometric authentication security systems should not be an option that you shelve – now is the time to do it before hackers initiate another attack and hold your systems hostage.

There is nothing to lose – implementation is easy, the systems are user-friendly, and you will save a lot of money in the long run and enjoy the security assurances you need to forge ahead.