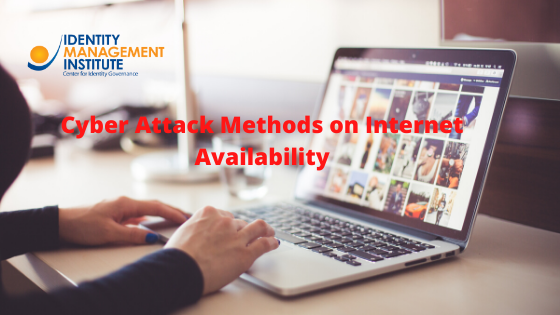 There has never been a successful cyber attack that crashed the entire internet at once. That’s not to say that it can’t happen in the future, but as of yet, hackers have only been able to bring down portions of the internet at once.

Denial-of-service attacks are among the most common cyber attacks on the Internet availability that hackers use to shut down portions of the internet. They involve having someone, or multiple people, send fake login attempts and other such functions to create a “wall of virtual people” that blocks legitimate users from accessing a website, portal, or critical web app.

The first of these kinds of attacks occurred in 2001 when Microsoft suffered corrupted DNS paths. Before the 9/11 attacks, tens of thousands of machines shut down in July under the Code Red Worm, named because the hackers happened to be drinking Code Red Mountain Dew at the time. A month later, Code Red II hit and infected tens of thousands more.

After the 9/11 attacks, the government established the National Cyber Security Alliance to combat hackers at their level. The Bush administration created the Department of Homeland Security in June of 2002, and part of its mission was to boost security at critical IT sectors.

As is usual with these battles, the hackers are always one step ahead, creating new forms of attack faster than the defenders can devise counters. Even in 2020, when cyber counter-terrorism is at its apex, Amazon suffered the largest denial-of-service attack in history. The hackers flooded Amazon with 2.3 Tbps. Amazon, however, was prepared, and the company’s IT forces successfully parried the attack! This is rare, though, and the hackers generally have the upper hand.

Despite the hackers’ advantage, the reason that these attacks have not yet been able to crash the entire internet is that the internet is colossal. Additionally, the internet is not one single network. It’s made up of thousands of different networks that all talk to one another. Even the most skillful team of hackers cannot possibly affect all of these networks at once using today’s tools. Each network has its own characteristics and defense strategies. While it’s not that difficult to affect one network, you can easily see that it is impossible to affect the entire thing at once with present technology.

Any such disruption of service will last as long as the hackers can keep up the denial-of-service pressure, until the attacked party responds to the attack. Hackers have other options, though. Although the prospect of “bringing down the whole thing” is enticing, they’ve shifted tactics toward crashing networks of businesses and governmental entities with dire consequences.

They will infect machines with malware that propagates itself. They disguise evil intentions in a computer version of “woves in sheep’s clothing” and entice people to click on the bad links. These attacks are far more sophisticated than the Anna Kournikova virus from two decades ago. Fortunately, computer users in the 21st century are savvier than their counterparts from the dawn of the dot com boom. Even the least experienced of them have basic security on their machines. In the world of espionage, the spies call their craft “the greatest of games.” The hackers and defenders might disagree, however.