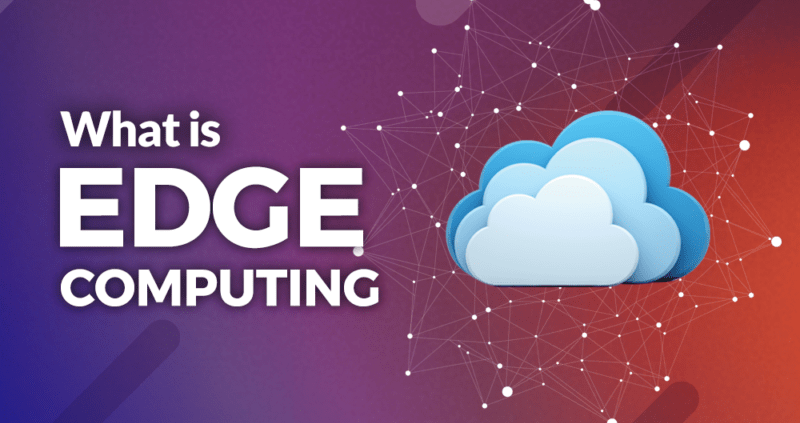 Data collection and transmission from an increasing number of connected devices requires a better approach to processing and analysis. Edge computing brings these tasks closer to data sources, either enabling execution within devices themselves or outsourcing to local servers and data centers instead of central locations. The basic idea is to minimize data transmission time as much as possible, but increased vulnerability to hackers may be an unwanted side effect of distributing activity across a wider range of endpoints.

Benefits of Computing on the “Edge”

Latency is a problem in use cases where nearly instantaneous transfer of information is necessary. In modern networks, every increment of time counts. A delay of just a fraction of a second may not make a difference when someone asks their smart home speaker for the weather, but the same delay when data is sent to an autonomous vehicle could result in disaster.

Edge computing seeks to solve this problem by:

In traditional network models, connected devices simply collect information and send it to a physical or cloud server, where useless information is weeded out, usable data is analyzed and instructions are sent back to the devices. This puts a tremendous burden on central servers and creates a repository of data, which could easily attract hackers.

Processing data locally using edge devices and servers distributes power across a network and reduces bandwidth requirements at central locations. With less need for large onsite data centers or extensive server equipment, businesses can reduce power consumption and cut IT costs. Companies providing streaming services and other content to users of connected devices can also benefit by caching data closer to their customers, which allows for faster delivery and a better overall experience.

However, distributing data across a large network containing numerous devices and data centers operating far from companies’ main locations can create problems with network visibility and control. Each device represents another potentially vulnerable endpoint, and the internet of things (IoT) is notorious for its lack of robust security. Other devices used in edge computing have similar problems: They’re smaller than traditional data center or server setups, not designed with security in mind and aren’t always updated as often as they should be.

Loopholes in edge security can provide hackers easy access to the core of a network. This is of particular concern if edge devices are rushed to market before thorough testing is performed or companies race to adopt the technology without a full understanding of the security risks involved. The smaller size of edge devices also makes them more vulnerable to being stolen or otherwise physically manipulated.

Any network in which edge computing is a major player must be maintained in a unified manner to ensure all devices receive regular updates and proper security protocols are followed. Encryption, patching and the use of artificial intelligence to monitor for, detect and respond to potential threats are all essential, and the responsibility for implementing these security measures falls squarely on companies, not end users.

In an interesting paradox, wider device distribution may offer security benefits. Reducing the distance data has to travel for processing means there are fewer opportunities for trackers to intercept it during transmission. With more data remaining at the edges of the network, central servers are also less likely to become targets for cyberattacks.

The challenge lies in incorporating security into device design. Companies are beginning to focus on this and other measures for making data safer, including the use of encryption and creating solutions to manage, update and secure IoT devices. If inherent security features are built into more end-user devices and edge data centers, it should be possible to create expansive networks with minimal vulnerabilities. However, the technology has not yet reached a point where security can be considered reliable enough to prevent the majority of attacks.

Security agents, devices designed to handle the security measures of which IoT devices are incapable, may provide another solution. This allows security to be undertaken at a network level without sending data all the way to a central server or requiring frequent device upgrades. Security agents are installed near IoT components and function separately to provide the computing power necessary to handle cryptographic security and ensure strong protection against malicious activities.

The potential security perks and drawbacks of edge computing must be considered as IoT becomes more prominent in business environments. Adding devices increases data input, which requires more processing power at the edge, away from onsite and cloud servers. The challenge of protecting remote devices and data centers falls to businesses and device manufacturers, making security a concern from design to deployment.