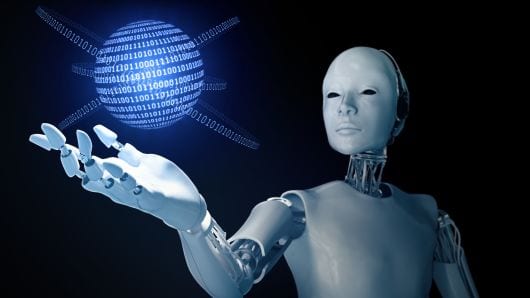 By incorporating and using Artificial Intelligence in cybersecurity products, the industry is aiming for faster and more accurate decisions making regarding threats and data breach incidents. Through AI software, security solutions companies and their product users aim to identify and detect abnormal behavior before it causes damage. AI will reshape the future of cybersecurity and improve as we progress toward the future.

How AI Identifies Anomalies in Cybersecurity

AI is a term that some industry experts interchange with the term “machine learning.” In any case, it involves using sophisticated algorithms that mimic the human ability to learn by analyzing large amounts of data. In reference to cybersecurity, it can learn how to detect and predict hidden patterns of threats and vulnerabilities to prevent security breaches.

With email, for example, highly successful phishing attacks exploit a human vulnerability to breach security defenses. AI can boost security by vetting the sources of emails for potential threats. A security product can check the identity of the sender against a list of banned and trusted sources before it blocks or accepts the message. The program may leverage AI to inspect the address, embedded attachments or website links, and message characteristics for possible risks.

In addition, security programs look for malicious software using known signatures. With AI tools, they can identify malware using similar characteristics rather than just the signatures that are known. Along with preventing security breaches, this learning ability allows the programs to detect new malware types.

Algorithms are increasingly accurate at spotting suspicious traits in emails and software. However, security solutions companies aim to improve detection beyond that. They want to implement AI at every layer of defense, including cloud apps, end-user devices and websites.

The goal for artificial intelligence in identity and access management will be to learn about users and track their activities to discover and report anomalies automatically. For instance, it will trigger a warning if someone logged into a website from somewhere in the United States in the morning and then again from somewhere in China just a few hours later.

Security companies and departments use two main defensive approaches. In both cases, AI will detect an anomaly and alert the IT or security staff to investigate further.

The first approach is AI software that analyzes raw network activity for unusual connectivity such as an unknown IP address. It’s fairly basic but effective.

The second approach requires deep training to identify suspicious behavior over a range of actions. Known as behavioral user analytics, it’s used to defend against slowly moving threats that use legitimate but compromised network credentials. It’s implemented at the asset, entity or user level as surveillance.

Improving Threat Detection to Save Time and Money

Cybersecurity products are beneficial for more than just detecting potential threats. Without this technology, humans wouldn’t be able to achieve the same level of protection against cybercriminals. AI also increases the speed of security products and reduces costs. In fact, the SANS Institute reports that organizations waste more than $1 million on inspecting erroneous and inaccurate alerts.

Data indicates that the average breach takes more than 260 days to discover, so shortening this time is critical. Implementing AI in cybersecurity prevents analysts from wasting time researching false alerts and dead ends. It will also reduce the risk of malicious activity going unnoticed while they investigate false positives.

With a proper machine learning program, AI can use human-like instincts to single out strange activity for further analysis by humans. Some products allow organizations to compare threats across multiple locations and provide an overall picture of network activity. Since it speeds up the process of correctly identifying threats, it reduces how much damage that cybercriminals will cause during their attacks as well.

Even Google uses AI in its advertising business and internet search. With its new Chronicle cybersecurity business, the giant could tap into advanced predictive security. It will likely use its cloud platform for computing power and speed. After all, Google already collects and analyzes large amounts of data.

Furthermore, there are several newcomers to the cybersecurity market. Cylance is targeting the detection of malware on devices that access organization networks, which is the endpoint market. CrowdStrike is a cloud platform that aggregates and analyzes billions of endpoint events every day. It rents computing resources from Amazon Web Services, which is the largest cloud provider.

According to a 2018 Digital Trends report, only 15 percent of companies use AI in cybersecurity. However, it found that 31 percent intend to implement it in the near future. Also, experts forecast that more analytics and cybersecurity companies will work together to improve and provide AI products.

While using artificial intelligence in cyber security will greatly benefit organizations and the public, attackers already use the technology too. In May 2017, cybercriminals launched the WannaCry ransomware attack. The cryptoworm targeted Windows computers by encrypting data and locking out the users until they made Bitcoin ransom payments. Among the victims were banks and hospitals across the globe. Using the same vulnerability, the NotPetya ransomware attack occurred in June 2017 and mainly targeted Ukrainians.

Experts warn that hackers could use the same advancements in AI to launch new attacks. At the Black Hat cybersecurity conference, IBM detailed how cybercriminals could use AI-enabled malware, which they can design to evade detection.

In the end, the AI software will continue to improve and learn using various sets of data. The industry as a whole needs to consider all possibilities for its use and avoid biases in order to produce effective and secure products.

Read another article about AI and information security.

Be Wary of Hivenets
Scroll to top